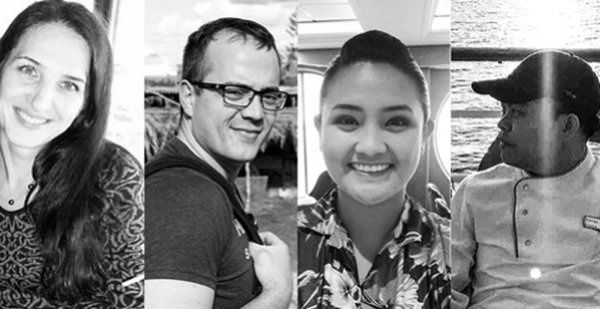 ​Landmark ruling from the International Labour Organisation (ILO) finds that governments have breached seafarers’ rights and failed to comply with several provisions of the Maritime Labour Convention during the COVID-19 pandemic, including Article I(2) on the duty to cooperate.
• UN agency calls on states to recognize seafarers as key workers “without delay”.
• High level committee of legal experts reiterate that “it is precisely at times of crisis that the protective coverage of the MLC assumes its full significance.”
In a landmark ruling the International Labour Organisation’s (ILO) Committee of Experts has sent a strong message to governments that they have failed in their duty of care towards seafarers under international law during the COVID-19 pandemic.
In the first ruling of its kind, the committee of 20 eminent jurists has found that governments have failed abjectly to protect the minimum standards for the protection of seafarers’ rights, as set out in international law under the Maritime Labour Convention (MLC) 2006. This includes basic rights such as access to healthcare, repatriation, annual leave and shore leave.
The finding follows submissions made by the International Transport Workers’ Federation (ITF) and of the International Chamber of Shipping (ICS). The full ILO Committee of Experts finding, which is being sent to national governments, can be viewed by downloading the file immediately below. 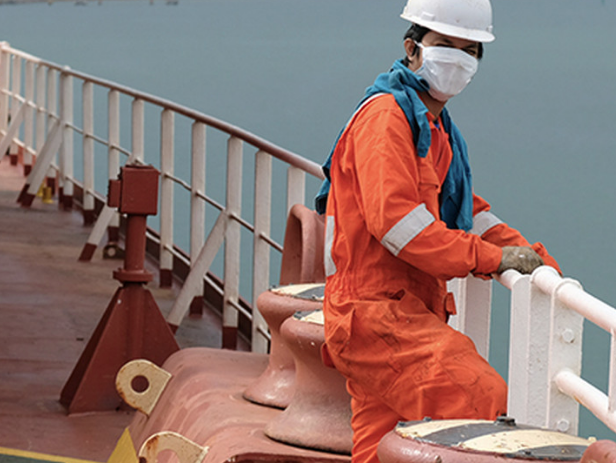 The United Nations General Assembly has called on UN Member States to designate seafarers and other marine personnel as key workers and to implement relevant measures to allow stranded seafarers to be repatriated and others to join ships, and to ensure access to medical care.
In a resolution on International cooperation to address challenges faced by seafarers as a result of the COVID-19 pandemic to support global supply chains, adopted on 1 December, the United Nations recognizes the need for an urgent and concrete response from all stakeholders, including the private sector, to resolve the situation of seafarers stranded at sea and/or unable to join ships because of national travel restrictions introduced across the globe as a result of the pandemic.
The resolution also encourages Governments and relevant stakeholders to implement IMO-recognized protocols to ensure safe ship crew changes and travel during the COVID-19 pandemic, thereby allowing stranded seafarers to be repatriated and others to join ships, taking into account essential preventive measures taken by port states against COVID-19.
Welcoming the adoption of the resolution, International Maritime Organization (IMO) Secretary-General Kitack Lim said: 'Sadly, hundreds of thousands of seafarers, who are vital to maintaining supply chains, remain stranded at sea for months beyond their contracted time. This is causing immense strain, fatigue and exhaustion and is unsustainable. I hope that this call to action will result in positive momentum to resolve the crew change crisis.'
Mr Lim added: 'I am grateful to those countries who have already taken steps to designate seafarers as key workers and to all UN agencies and industry partners who have been working tirelessly to find ways to resolve the difficult situation. This is a human rights issue. Seafarers' lives are being made impossible through the crew change difficulties and this can only have a detrimental effect on ship safety and on the supply chain, the longer the situation continues.'

Purpose
In 2016, AMSA issued ​marine notice 17/2016, which outlined Australia’s position on the maximum continuous period that a seafarer can serve on board a vessel without taking leave. It also outlined AMSA’s compliance and enforcement approach for these issues.
Background
The environment in which the maritime industry is currently operating has created challenges for crew changes as countries are tightly managing their external and internal borders. To date, both flag and port States have been flexible and accepted extensions to continuous periods of service, without the seafarer taking leave.
While this flexibility has been essential to supporting international trade, it cannot continue indefinitely, as it will increasingly affect maritime safety and seafarer welfare.   There is a limit to reasonable continuous periods of service.
Compliance and enforcement
The following paragraphs outline AMSA’s approach to the maximum continuous period that a seafarer can serve on board a vessel during the period 1 July 2020 to 1 October 2020. After 1 October 2020, AMSA will revert to the compliance and enforcement approach outlined in marine notice 17/2016. No extensions of service without taking leave beyond 14 months will be accepted by AMSA unless the master or owner or both demonstrate satisfactorily to AMSA that all possible efforts have been expended to repatriate the seafarer without success and the seafarer has provided written confirmation accepting the extension. 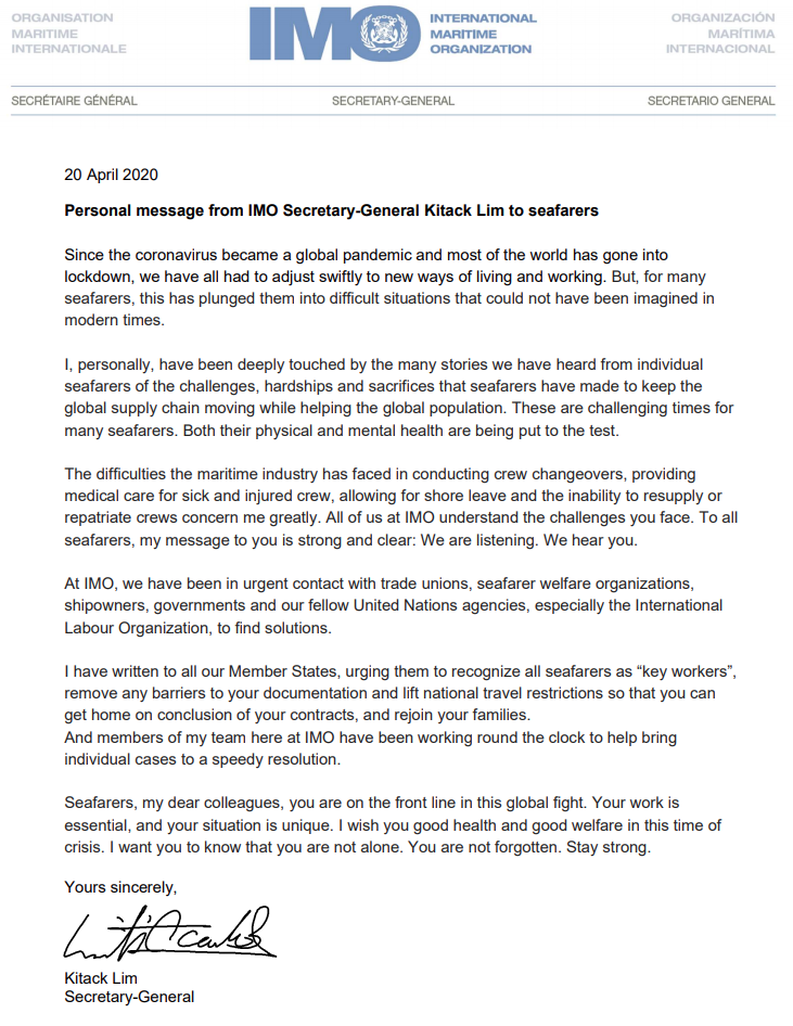 Ruby Princess - Port Kembla - 16th April 2020
We have received the message below from Sister Mary Leahy OAM, the port chaplain for Sydney and regional coordinator for the Apostleship of the Sea (Stella Maris).
As both an ex seafarer & retired Managing Director of a Cruise Boat Company I endorse her plea with a fair degree of experience. These are good people that need our help now.
I am told social media is a powerful influence?
Appreciate you show us just how much!
Captain Alan Tait OAM

Quote
Subject: Compassion for the Ruby Princess
Good morning friends,
I am asking if you’d consider penning a line or two to the Premier imploring her to show compassion to the crew of the Ruby Princess. There may be only a small window of opportunity to advocate on behalf of the crew onboard as it seems plans are afoot to get rid of the ship soon.
Once the ship has left Australian waters there is no safety net for the crew. Who knows what port will accept them. Who knows how ill people will get onboard. There have been disturbing messages from crew.
Over the past 28 years I’ve known crew from cargo & cruise vessels to recognize Australian waters & ports as safe havens, somewhere they could get help with the numerous situations of abuse brought on by their companies or their superiors onboard. This is something we can be very proud of.
However the actions of our governments towards the crew of the Ruby Princess at this time appear to lack that compassion we are known for.
Please consider dropping a line to Gladys asking her to be compassionate to these crew members. Testing of all crew onboard would be critical, proper medical care for those who are ill and getting those who are healthy home.
If the ship has to leave, let it leave with the minimum healthy crew required to sail safely.
With sincere thanks
Sister Mary
PS: below are two contact details for the Premier:
Gladys.berejiklian@parliament.nsw.gov.au or https://www.nsw.gov.au/premier-of-nsw/contact-premier 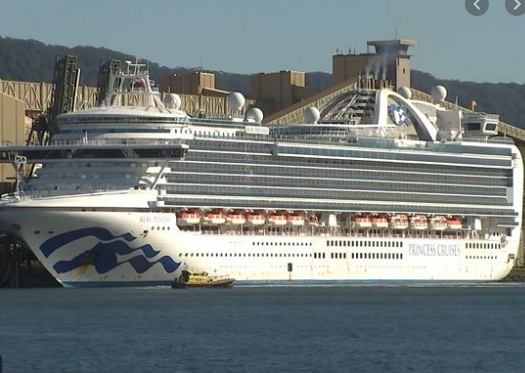 ABC Radio National, 6th April 2020: Late Night Live:
​
Phillip Adams and Professor Natalie Klein, Faculty of Law, UNSW discuss Australia's legal responsibilities toward the crews of foreign ships caught up in the COVID 19 pandemic in local waters ​
​
Lloyds List: 19th March 2020
​
THE WORLD’S biggest shipowner and seafarer bodies are calling for seafarers to be exempt from national travel bans, while the head of the International Maritime Organization has called for pragmatism in dealing with crew changeovers.

The International Chamber of Shipping and the International Transport Workers’ Federation have sent a joint letter to the heads of United Nations agencies stressing the importance of seafarers in the circulation of global trade and the integrity of supply chains.
“In particular, this means keeping the world’s ports open for calls by visiting commercial ships, and facilitating crew changes and the movement of ships’ crews with as few obstacles as possible,” the two organisations said.
The letter was sent to the heads of the IMO, the International Labor Organisation, the UN Conference on Trade and Development and the World Health Organization.

Certain European Union countries are imposing national travel bans, while the EU will introduce a 30-day ban for travel to the EU for non-EU nationals. Meanwhile, regions elsewhere have set their own restrictions; ships and crews coming into Queensland, Australia face new prohibitions.

European industry bodies asked for similar help from the EU and its governments on Wednesday.

At the same time several large shipping companies, including Maersk, have suspended crew changes because of the coronavirus.

The ITF and ICS said that 100,000 seafarers must change over every month to comply with rules and regulations.
“We therefore wish to emphasise the vital need for the world’s professional merchant seafarers to be granted appropriate exemptions from any national travel restrictions, when joining or leaving their ships, to keep the world’s maritime supply chains functioning,” they said.

Regardless of their nationality, seafarers should be treated as any other international “key workers”, such as airline crew and medical personnel, they said.
“As such, they should be afforded special consideration and, notwithstanding the need to comply with emergency health protocols, treated with pragmatism and understanding when seeking to travel to and from their ships,” ITF and ICS added.

Meanwhile, IMO secretary-general Kitack Lim released a video statement on the situation that he will be initiating meetings with leaders from shipping, ports and other sectors to help find solutions.
“Defeating the virus must be the first priority, but global trade, in a safe, secure and environmentally friendly manner must be able to continue, too,” said Mr Lim.

Seafarers are at the frontline of the current “global calamity” and their health is as important as anyone else’s according to Mr Lim.
“Again, I urge a practical and pragmatic approach, in these unusual times, to issues like crew changeovers, resupply, repairs, survey and certification and licensing of seafarers,” he said.

The IMO has postponed scheduled meetings through the end of March 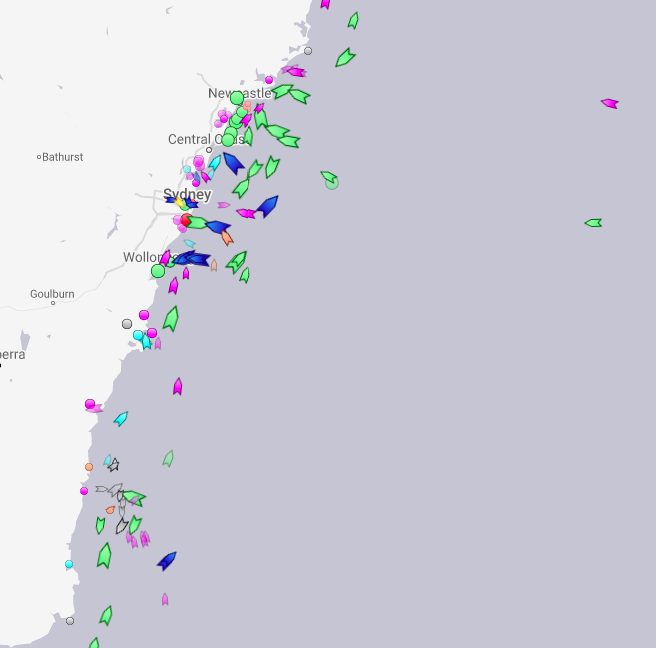 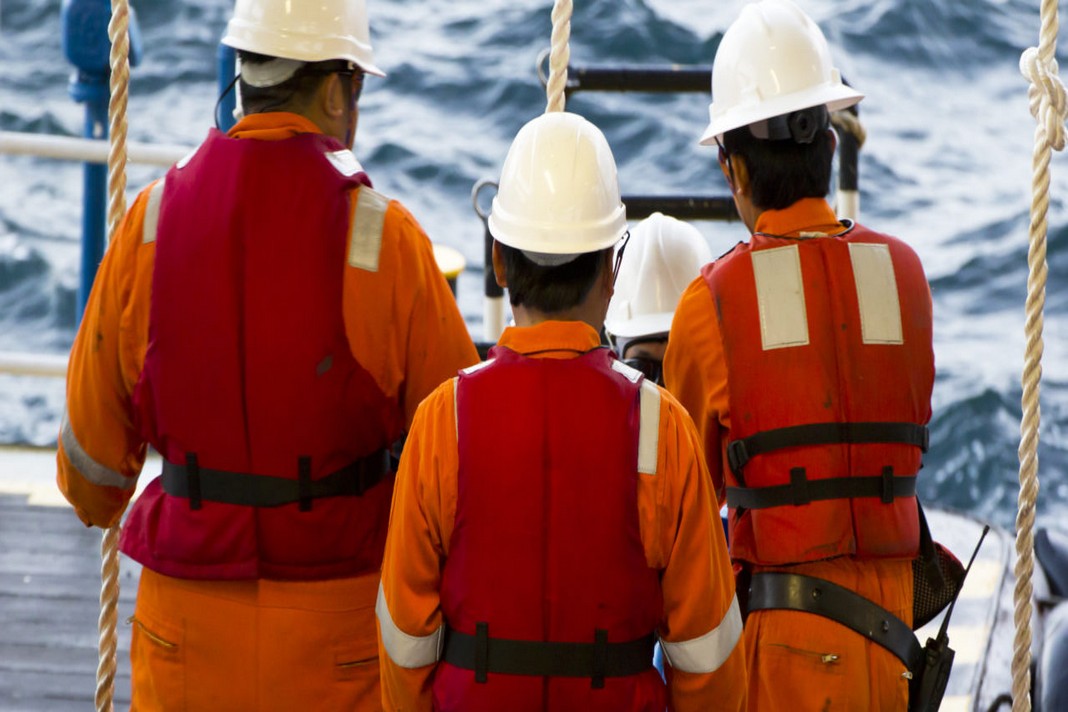 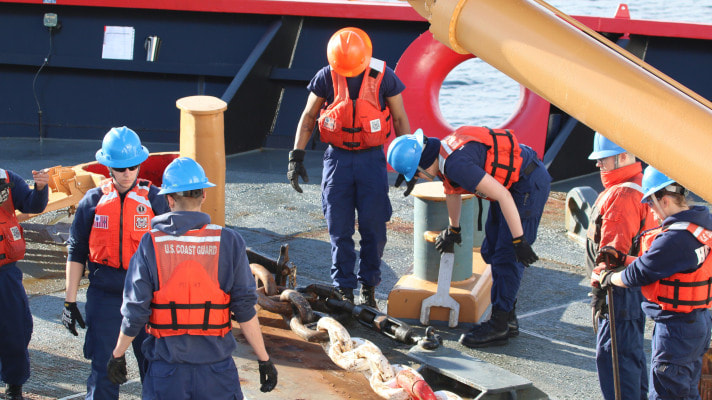 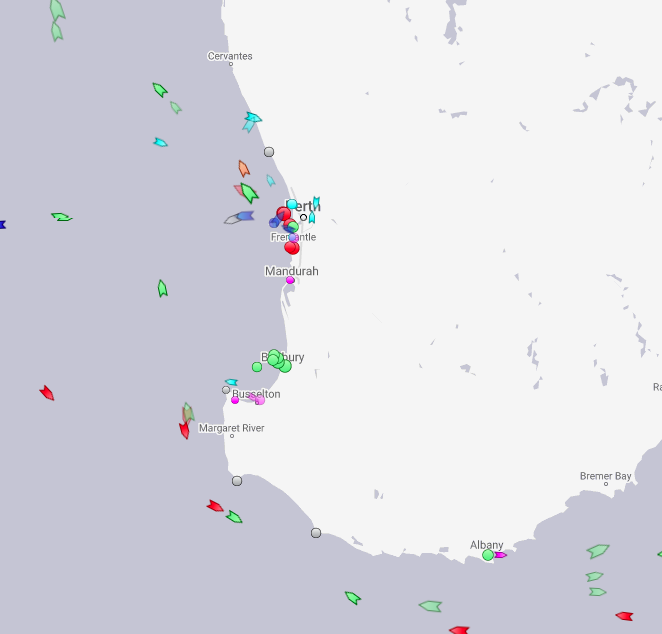